ELDs Have Improved HOS Compliance in Year of Full Implementation 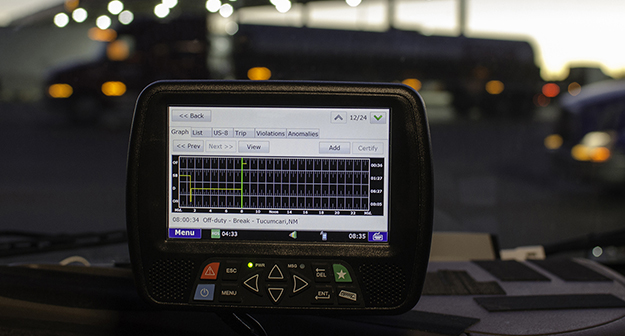 The regulation took full effect in the US just over a year ago.

Through the end of October, 8,893,857 roadside driver inspections had been conducted since December 2017, with less than 1.25% resulting in a driver being cited for not using the appropriate method to record HOS, including not having an ELD when required, DeBruyne said.

FMCSA estimated that ELDs would result in 1,844 crashes avoided annually, 562 fewer injuries per year and 26 lives saved each year.

“I do the feel the playing field is more equal now among all carriers as to everyone’s ability to properly handle loads,” said Shawn Brown, vice president of safety for Cargo Transporters. “I think ELDs are making the roads safer. Drivers seem to be resting when they should, resulting in more refreshed drivers on the roads.”

“When using paper logs, it was much easier for drivers to make mistakes, but ELDs have reduced this risk and allowed drivers to better operate within the boundaries of the HOS regulations,” he said.

Kerri Wirachowsky, director of the Commercial Vehicle Safety Alliance’s roadside inspection program, said false log violations have increased, which she believes is due to misuse of personal conveyance, which refers to the movement of a truck for personal use while off duty.

“The No. 1 question I get from industry is asking for clarification of personal conveyance,” she said. “In a lot of instances, they are misunderstanding what they can do with personal conveyance. I believe that has caused false logs to go up.”

In Canada, the federal government aims to significantly cut down on false log violations by requiring all ELDs in trucks operating in the country be third-party certified. The Canadian trucking Alliance strongly support the mandate, which is slated take effect in June 2021.

“While these are FMCSA estimates, our nearly two decades of experience support the idea that ELDs have a tangible, positive impact on the safety of our nation’s roadways,” said Glenn Williams, vice president of product management at Trimble Transportation, another provider of ELDs.