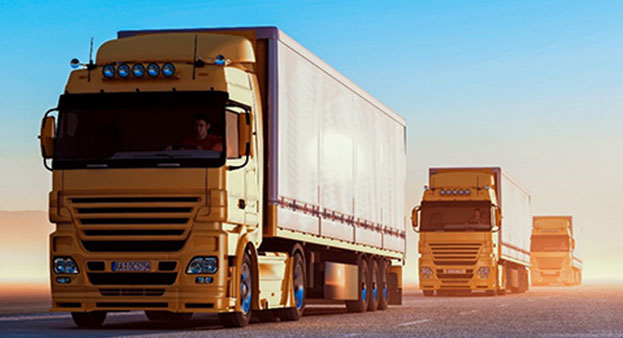 The team used naturalistic driving datasets – taken from prior field operational tests of crash avoidance systems –that contain objective data showing how truck drivers drive on freeways in the real world. The results quantified how trucks follow other vehicles in various environmental conditions and at different travel speeds, and how closely a truck follows a lead vehicle when other vehicles cut in.

Volpe said no other study to date examines the real-world following behaviour of heavy trucks on freeways in support of automated truck platooning design, and takes into consideration weather conditions or cut-in behaviour from other vehicles, or evaluates the rear-end crash risk of different following distances.

“Our team has extensive expertise in both working with real-world driving data, and with data mining,” said Emily Nodine, team leader in the Advanced Vehicle Technology Division at Volpe. “We designed and executed a data mining algorithm that generated baseline statistics to help researchers determine a safe following distance for truck platooning.”

The team assessed the crash risk of trucks following at different distances by estimating the probability of a rear-end crash using Volpe’s Safety Impact Methodology (SIM) tool. The SIM tool is a computer-based simulation tool that estimates how crash frequency in various driving conflicts would be affected by different conditions. It simulates initial driving conflict conditions and driver/vehicle response based on studies of how drivers respond to different types of driving conflicts.

Key results showed that trucks followed at an average distance of about 2 seconds on freeways in the real world. Trucks generally followed at shorter distances when they were following a passenger car compared to a heavy truck, on state freeways compared to interstates, in clear weather compared to rain or snow, and during the day compared to at night.

FHWA and researchers will use the results of this study in developing automated truck platooning applications.

Based on Volpe’s findings, following distances of around 1 second might satisfy the following-behaviour criteria of an automated truck platoon; feel natural and comfortable for the truck driver; prevent other vehicles from cutting in between platooning trucks; and minimize crash risk.