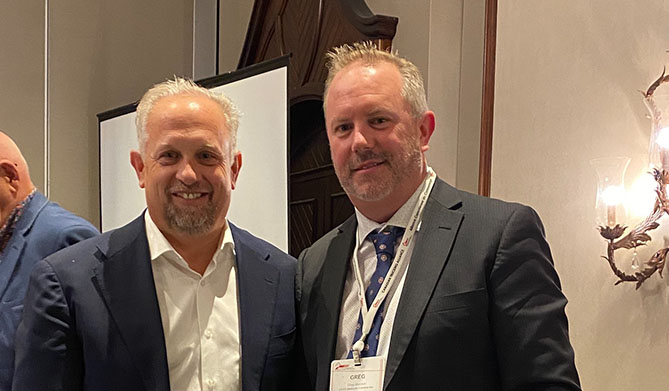 Born and raised in Kamloops, Greg along with his wife Kim and son Nolan continued a tradition as third and fourth generation owners of their family forestry, transportation and commercial vehicle repair businesses until being acquired by LOTS Group of Sweden last year. The family continues leading the organization as they pursue the goal of growing a lean, optimized business for LOTS in Canada. Greg and Kim also have a daughter, Janessa (Connor), who works in health care in Vancouver, BC and will soon bring them their second grandchild to join Kace from Nolan and Kirsten.

“I’m honoured to be named chair of CTA and look forward to working with the staff and Board to continue to elevate our issues in Ottawa and promote our industry as a place of opportunity for Canada’s labour force and next generation of workers,” said Munden.

During his term, Munden says his goal is to emphasize the opportunity of all motor carriers – particularly, smaller carriers – to affect change and policy at the provincial and national levels. The impact carriers can have by engaging decision makers will shape the future of the industry in a rapidly changing and evolving market.

“My appointment as chair of CTA should highlight to all carriers that the number of trucks you own and operate does not dictate how far you can go to have your voice heard and how much influence you can have on the decision-making process. I will continue to work with CTA and the provincial associations to promote participation of all carriers,” added Munden.

Munden is also passionate about the need for the industry to attract new people, including professional drivers, which all starts with recognizing the ones we already have. “Professional drivers are the backbone of our economy and they should be respected and appreciated for the critically important role they play.”