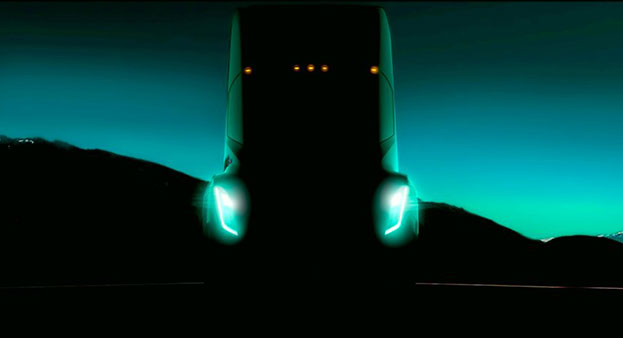 Reuters News Agency is reporting new details of Tesla’s electric truck, revealing it will be day cab model without a sleeper.

The new truck will have a working range of 200 to 300 miles, Reuters reports, a sign that the electric car maker is targeting regional hauling for its entry into the commercial freight market.

Tesla has indicated that it will unveil the truck to the public next month, but is being tight-lipped about other details.

Scott Perry, chief technology and procurement officer at Ryder System, told Reuters he has met with Tesla and that the new truck will be a day cab model. “I’m not going to count them out for having a strategy for longer distances or ranges, but right out of the gate I think that’s where they’ll start,” Perry said.

The article noted that Tesla’s plan is “consistent with what battery researchers say is possible with current technology,” and said that the company has not said publicly how far its electric truck could travel, what it would cost or how much cargo it could carry.

Reuters also reported earlier this month that Tesla is developing self-driving capability for the truck.

Sandeep Kar, formerly with industry analysts Frost & Sullivan and now chief technology officer of Fleet Complete, a company that tracks and analyzes fleet and truck movements, told Reuters Tesla CEO that Elon Musk may well have found a sweet spot for the new electric if he can deliver, noting that roughly 30 percent of U.S. trucking jobs are regional trips of 100 to 200 miles daily.

A truck with that range would be able to move freight regionally, such as from ports to nearby cities or from warehouses to retail establishments.