Driver Inc., a misleading business practice which denies employees access to important rights and entitlements under the Canada Labour Code, was acknowledged as an issue last week in the Government of Canada’s Fall Economic Statement. 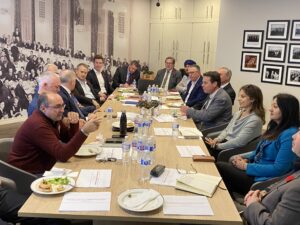 “On behalf of the CTA, its members, truck drivers and their families, we very much appreciated seeing the Government of Canada make stamping out Driver Inc. a top priority in the fall Economic Statement and we are encouraged that Minister O’Regan is leading the charge. We thank him for his leadership and commitment on this issue,” said CTA president Stephen Laskowski President. “Driver Inc is an unlawful practice that involves gross labour misclassification, abuse of workers, forced labour and significant corporate tax evasion. We welcome the chance to work with the Government of Canada to stamp out this practice as quickly as possible.”

CTA and Teamsters Canada met today with the Minister O’Regan and four local MPs to discuss how Employment and Social Development Canada (ESDC) enforcement efforts should target this illegal practice. O’Regan stated the government will look to step up enforcement efforts.

“We want to make sure we have (enforcement) with bite – that it’s punitive and it hurts (those companies engaged in Driver Inc),” he said. “We have a labour shortage which has not been seen in a few generations. We need to attract workers to the trucking industry and we want them to be attracted to a place where they’re well served, treated right and where they’re safe. And if you are a driver in a Driver Inc company, you are not safe.”

Beyond audits, penalties, and forced backpay, CTA recommends that all gross violating companies receive a second audit within 12 months of their initial audit to ensure compliance. If, during the second audit, the company is again found to be in gross noncompliance, the result should be – in partnership with provincial ministries –termination of their trucking licence, a complete removal of plates from all trucks associated with the company, and the implementation of ‘ghosting protocols’. 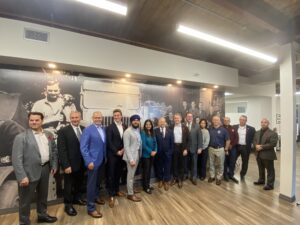 CTA is also calling on ESDC to form partnerships with all workers’ compensation boards (WCBs) and the Canada Revenue Agency (CRA), to trigger CRA and WCB audits on gross violating companies. Gross violators must understand and appreciate the full impacts of their illegal actions.

With respect to immigration, and the role it plays within Canada’s trucking industry, the CTA is strongly recommending that a known Employer Program be introduced to ensure new Canadians who choose to enter the trucking industry are aware of their rights and responsibilities.

Along with Minister O’Regan, the CTA would like to thank all the MPs and carriers who attended this important meeting: