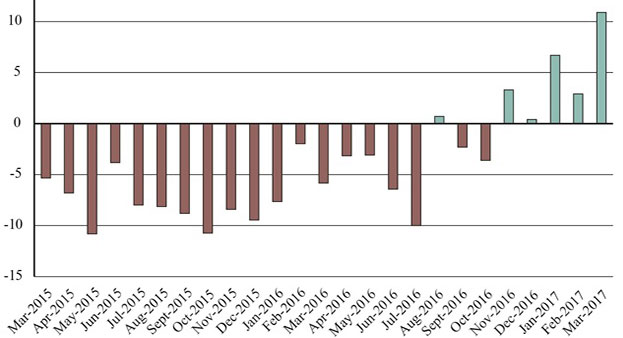 The value of U.S.-Canada freight flows increased by 10.4% to $51.2 billion between March 2016 and March 2017 as the value of freight on all five major modes increased from a year earlier.

Overall, the value of freight moved between the U.S. and both of its NAFTA neighbours spiked by 10.9% — totaled $100.3 billion, the first time since October 2014 it has exceeded the $100 billion level.

The rise is the fifth consecutive month in which the year-over-year value of U.S.-NAFTA freight increased from the same month of the previous year. It is also the first double digit year-over-year percentage increase in 33 months.