Supplier Urges US to Stay the Course on ESC Mandate 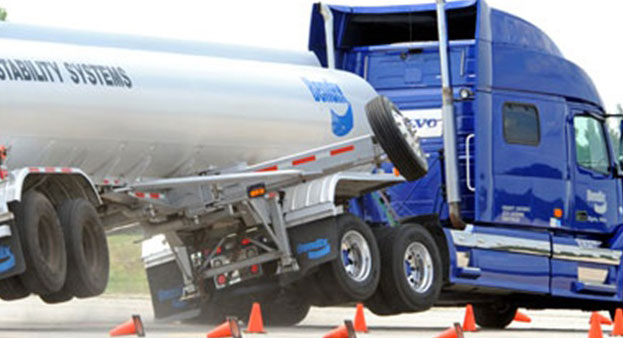 A US mandate requiring new Classes 7-8 tractors at the sales level be equipped with electronic stability control systems has officially kicked in, but at least one manufacturer is urging the federal government not to abandon the policy.

Bendix Commercial Vehicle Systems issued a statement on July 31 in support of electronic stability control, and urged against any efforts to kill the mandate.

“Because the current administration has required elimination of two federal rules for every one added, NHTSA has said the full-stability mandate could be on the chopping block,” said Fred Andersky, Bendix’s director of government and industry affairs.

“While Bendix has always preferred to let the commercial vehicle market decide, this is a case in which a mandated technology will undoubtedly help reduce the incidence of both rollover and loss-of-control crashes. In fact, the market has already recognized this, with all of the major North American heavy-duty truck manufacturers

Initially announced in 2015, the National Highway Traffic Safety Administration (NHTSA) has estimated the mandate will prevent up to 1,759 crashes each year, and provide net economic benefits of more than $300 million annually.

The rule is aligned with the U.S. mandate.

It is estimated there are on average about 660 truck rollover incidents in Canada every year. While this represents less than 5 per cent of all truck accidents, when a rollover does occur the resulting impact can be costly in terms of injuries to both motorists and truck drivers, as well as traffic tie-ups and lost productivity and efficiency, says CTA.