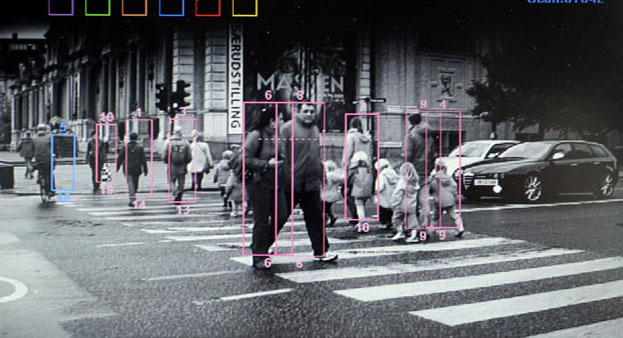 Fatalities involving vulnerable road users, such as pedestrians, bicyclists, and motorcyclists, have increased over the past decade, with one out of three involving a pedestrian crossing the road, reports the US DOT’s Volpe Center.

To prevent these crashes, many automakers now offer a “pedestrian detection” system in some models. If the system detects that a pedestrian could be in the vehicle’s travel path, it alerts the driver or employs automatic emergency braking, preventing what could be a crash.

A team of advanced vehicle experts at U.S. DOT’s Volpe Center recently conducted a study to find out just how effective these systems are.

“When a car manufacturer does this, they focus on the safety of their own vehicle fleet,” said Mikio Yanagisawa, an advanced vehicle technology expert at Volpe. “We took real-world pedestrian crash data and track test data from multiple manufacturers’ PCAM systems and quantified a national safety benefit.”

If a crash is unavoidable, PCAM systems could reduce the resulting number of injured pedestrians through impact speed reduction.

North of the border, the Canadian Trucking Alliance is very much focused on working with government and safety interest sin better protecting vulnerable road users. It is engaged with stakeholders on prevention strategies, which includes increased training and education, implementing new technology and strategic enforcement.

CTA would welcome a similar review of applicable technology on both commercial trucks and other vehicles that would reduce collisions and will be proposing such a step with policy makers in the coming months.