The task force’s mandate and scope allowed the CTA delegation to raise a number of issues relevant to the AMTA membership as well as the industry at-large. 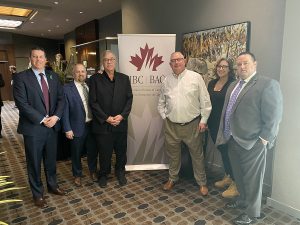 “The CTA delegation raised a number of matters, including the role of no-fault insurance, insurance market composition including residual (facility) and regular markets, claim structure and process, the knowledge base of insurance representatives writing trucking policies; and, that a specific review of food and tank truck sectors is required to determine why arbitrary increases continue to plague these sectors,” said Greg Sokil, Sokil Express Lines. “The AMTA membership will be working with CTA and the Task Force on these issues as well as others that will be raised by other CTA members taking part in additional IBC initiatives across the country.”

The next stop for the Task Force will be Vancouver on March 17, followed by meetings in Toronto, Montreal and Halifax over the next few months.