Hurricane Harvey Could Shut Down 7% of Trucking 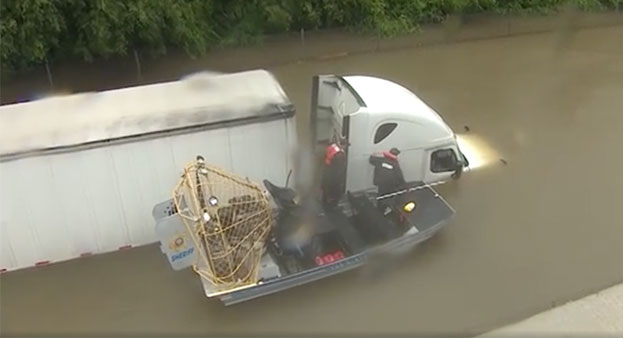 Hurricane Harvey will “strongly affect” over 7% of U.S. trucking during the next two weeks, with some portion of that fraction out of operation entirely, according to analysis by freight research firm FTR Transportation Intelligence.

As reported by Fleet Owner, FTR says almost 10% of all U.S. trucking will be affected – a number that jumps near 100% for the Gulf Coast region west of the Mississippi.

After a month, the numbers fall but are still significant, affecting nearly 2% of trucking on a national basis and 25% on a regional level.

Due to the already tight nature of the truck environment, that means that loads could be left on the docks, according to Noël Perry, one of FTR’s partners. And though the largest ripple effects of Hurricane Harvey will be “regionalized” where freight shipments are concerned, transportation managers across the entire U.S. “will be scrambling,” he added.

“Look for spot prices to jump over the next several weeks with very strong effects in Texas and the South Central region,” Perry said in a statement. “Spot pricing was already up strong, in double-digit territory. Market participants could easily add five percentage points to those numbers.”

There is also the question of how contract rates between shippers and trucking companies will be affected, emphasized FTR’s Perry.

“There is always a lag between spot rate increases and contract rates,” he pointed out. “Analysts have been wondering when trucking contract rates will begin following spot rates up. The combination of regional and fuel effects from Harvey, coupled with the electronic logging device (ELD) mandate in December, could be the catalyst to a pricing spiral.”