Although we’re all trying to soak up the last days of summer and fall is still a bit a ways off, we already know it promises to be a busy and extremely important one for the Canadian trucking industry.

On Oct. 19, a federal election will take place.

I have no crystal ball on what the outcome of the vote will be. Things will be different – a new mandate, a new cabinet – regardless of who wins.

There will be a whole new crop of MPs that will need to be educated about the industry. 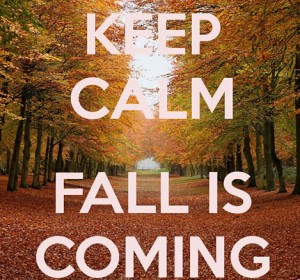 And, they will need to get up to speed fast because there are a number of major trucking-related issues that need to be dealt with. In particular, there are two issues likely to dominate the agenda – introduction of a national electronic logging device (ELD) standard and a Canadian response to the Phase 2 fuel efficiency/GHG reduction standards for heavy trucks.

Back in March, Canada’s transport minister, Lisa Raitt, announced her commitment to introducing a universal ELD mandate in Canada. She even mused about perhaps doing so even before the Americans.

That is not likely – at the time of writing it was presumed the US Federal Motor Carrier Safety Administration was poised to introduce its final rule.

However, regardless of which party forms the next Canadian government or who the next minister of transport is, I have little doubt that an ELD mandate will be embraced.

There is still a lot of work to do at both the federal and the provincial levels. Canada will have to play catch-up.

In mid-June, the US Environmental Protection Agency and the National Highway Traffic Safety Administration issued a joint legislative proposal to phase in more stringent GHG reduction standards for heavy- and medium-duty trucks over the 2021-2027 period. The rulemaking, which is 1,300-plus pages long, includes separate standards for engines and vehicles. A trailer regulation – the first of its kind – would kick in on Jan. 1, 2018, and become progressively more stringent in 2021, 2024 and then again in 2027.

Canada has already signaled its intention to follow the US lead. According to a Canada Gazette Part 1 Notice published earlier this year, Environment Canada says its approach will be

“Consistent with the approach taken with current regulations for GHG emissions from heavy-duty vehicles and engines…and would be aligned with those that the United States Environmental Protection Agency are currently developing.”

Our members are not opposed to fuel economy/GHG standards for heavy trucks.

Done right, it is in our industry’s interest to enhance fuel efficiency. The Canadian trucking industry is known worldwide as a leader in fuel efficiency/GHG reduction. We also support regulatory harmonization or alignment with the United States – where it makes sense to do so.

However, CTA is very concerned that there could be significant difficulties visited upon the Canadian trucking industry and the Canadian economy if Environment Canada does as it did in Phase 1 and simply adopts the US standards in Phase 2.

There could be serious implications for how Canadian fleets spec’ their equipment. It could limit the types of equipment that can be sold legally in Canada after 2018, reducing carriers’ ability to service the Canadian supply chain within existing business models. It could also result in technologies that are not real life tested to meet the needs of the Canadian market being pushed onto the industry.

In recent months, in preparing our response to the Phase 2 regulations, CTA has been travelling across the country meeting with members of the provincial associations. One message has come through loud and clear – Canadian carriers already have concerns over the reliability of many existing equipment offerings and technologies and don’t want the problem compounded further.

The heavy vehicle fleet serving the US economy is very different from that which serves the Canadian economy. While the US fleet is dominated by one configuration – the 80,000-lb tandem-tandem tractor-semitrailer combination – in Canada a vast array of much more productive, efficient and innovative axle configurations, trailer body styles, and higher allowable weights are in operation – which are also better for the environment.

This did not factor into the EPA rule. Nor has the EPA given sufficient thought to winter conditions.

CTA is calling for a Made in Canada approach to Phase 2. It can be aligned with the US rule and may even be the same in many areas, but it must also reflect the complexities of the Canadian vehicle standards.

It is essential that the provinces are invited to participate in the regulatory development process – and that they come to the table – since they have jurisdiction over weights and dimensions standards in Canada. And, the industry deserves some sort of assurances with regard to reliability.

Enjoy the rest of the summer. It promises to be a busy fall.