Editorial: The Future Ain’t What it Used to Be 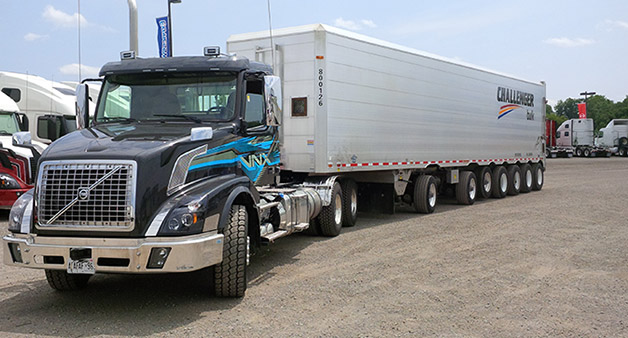 There are four bodies that report to the Canadian Council of Deputy Ministers of Transportation and Highway Safety – The Engineering and Research Support Committee, the Policy and Planning Support Committee, the Task Force on Weights and Dimensions Policy and the Canadian Council of Motor Transport Administrators. For the most part, these groups work independently of each other, which might seem surprising. Many trucking issues could easily fall within the scope of two if not all of the committees. That is just the way it has been.

So, I was pleased recently to be able to address a joint meeting – the first ever — of the engineering committee and the weights and dimensions task force on Trucks of the Future 2030-35. While it is hard to forecast what might happen in two weeks let alone 15 to 20 years, this is a timely and important discussion.

The last comprehensive, national review of truck weights and dimensions standards was undertaken by the Roads and Transportation Association of Canada (RTAC) back in the mid-1980’s, which culminated in the 1988 Memorandum of Understanding on minimum standards for a relatively limited number of configurations, which are still commonly referred to as the “RTAC standards”. There have been some changes and additions to the MOU since then, but for the most part the basic configurations have remained more or less intact. Despite the MOU’s limitations most would agree that overall the RTAC standards have served the country – in terms of safety, infrastructure and productivity – well.

But a lot has changed since 1988. Back then economic deregulation of trucking, which opened the floodgates in terms of truck traffic, was in its infancy. The new wave competition spawned greater innovation leading to enhanced productivity, efficiency and safety.

Around the same time, the first Canada-US trade agreement was introduced, followed shortly thereafter by NAFTA. Both led to changes in the level, mix and trajectory of freight traffic. More recently a trade agreement with the EU was announced and another — the Trans-Pacific Partnership (TPP) is likely to be ratified this year. When the RTAC standards were introduced Canada was much more inward looking. Now at least half of Canada’s GDP is dependent upon trade. More than ever the country needs to be competitive on a global scale.

The highway and bridge infrastructure is also under much greater pressure today. There is more traffic, both personal and commercial. Congestion is choking some of our most significant economic corridors. At the same time coming up with the funds to maintain the infrastructure and to support new investment is increasingly challenging. This is exacerbated by the constant expansion of the National Highway System. Transit is taking precedence over roads. Politicians remain resistant to dedicated funding. There continues to be a paucity of rest stops. The use of smart scales is non-existent in most provinces.

All forecasts point to continued growth in trucking. Weights and dimensions standards have a role to play in maximizing the productivity of the infrastructure. Some of the pressure on the infrastructure has been alleviated by the expansion of the LCV network to a number of new provinces in recent years, although this necessitates a review of roadway geometrics. New infrastructure-friendly configurations have been introduced in certain provinces. The introduction of autonomous trucks raises a host of new issues and perhaps is the impetus for a meaningful look at the potential for truck only lanes.

Safety will continue to be a major priority. How will the introduction of a mandate requiring electronic stability controls on all new heavy trucks change perspectives in terms of the dynamic performance standards of certain configurations? What about the ability to supplement driver skill through telematics?

Perhaps the most significant issue to impact on vehicle standards over the next 15 to 20 years will be protection of the environment – which was not a big issue in the 1980’s. Now it is near or at the top of most governments’ political agendas. In recent years, the era of the smog free truck was ushered in, which is great, but it has also created significant challenges, some of which include compliance with RTAC standards – e.g., the need to for weight increases to accommodate particulate traps.

Today the battle is to reduce greenhouse gases. Hundreds, including all of the major developed and developing countries signed on in Paris last December to take the world off of carbon-based fuels over the next 50 years. In the meantime, the Phase 2 GHG reduction standards for heavy trucks will be rolled out this year and pose many challenges, including ensuring Canadian heavy truck owners have access to and the ability to use all of the likely to be prescribed or available GHG reduction technologies and devices – in all jurisdictions, without penalty – such as wide base single tires, 6X2 axles, smart lift axles, etc. The use of natural gas as an alternative fuel, if only on a transitional basis, will require among other things some leeway to account for the increased weight of the fuel tanks.

All of this changes the equation by which we need to develop the truck of the future. The lens through which we need to develop the next RTAC standards has changed. We know some of what is coming down the pike but we don’t and can’t have all the answers today. However, one thing is clear; the future ain’t what it used to be. Let’s hope the recent joint meeting is the start of a new process to ensure we have a framework that allows the truck of the future to be used in every Canadian jurisdiction.