The Canadian Trucking Alliance has named Scott Smith, president and CEO of Vaughn, Ont.-based JD Smith, as chairman at its annual spring board meeting.

Born and raised in a proud trucking family (which is celebrating its 100th anniversary this year) Smith has been a passionate and tireless supporter of the Alliance and the Ontario Trucking Association, which he also served as chairman between 2004-2006.

He has always been on the frontlines in elevating the industry’s image as well as promoting landmark safety initiatives and responsible trucking, such as the association’s campaign to introduce speed limiter legislation in Ontario. He is the current chair and dedicated advocate of the OTA Education Foundation, and a board member on the charitable Trucks for Change Network. Smith also received the prestigious OTA Service to Industry Award in 2014. 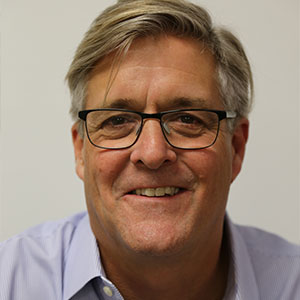 In his acceptance speech at the CTA board, Smith acknowledged the leadership of past chair Gene Orlick or Orlick Transportation in Calgary.

“We all benefited from his common sense, patience, sincerity and sense of humour,” said Smith.

Smith credited his father and grandfather for instilling in him the loyalty and dedication toward industry associations – a tradition he is proud to continue.

“They were insistent that in an industry as fragmented as trucking, it needs to find a common voice and that any efforts you expend in participating in your industry advocacy is a responsibility to be taken very seriously.”

In his role as chairman, Smith says he looks forward to seeing through the many safety, labour and environmental initiatives CTA is working on, such as the implementation of electronic logging devices across Canada and solving the driver shortage, among other things. He says a better understanding of regional priorities and encouraging closer relationships between carriers to find solutions to the many challenges facing the industry remains a priority.

To secure CTA’s future, Smith says it will be his mission to find new ways to get the next generation of trucking leaders involved in the Alliance.

“We need to get emerging leaders more involved at the national level and help foster and facilitate actions that make us relevant to the next generation of leaders in our industry.”