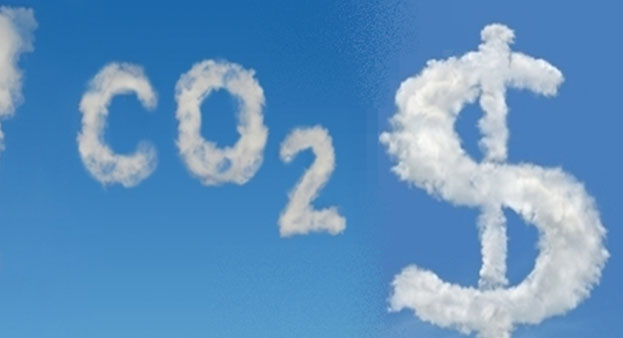 The Canadian Trucking Alliance is restating its position against the introduction of carbon pricing because the policy is limited in leading to any meaningful environmental changes for the trucking industry, among other concerns, like the national push toward biodiesel mandates.

CTA wrote to multiple federal Ministers about current and future environmental policies impacting our industry including the collection and distribution of federal carbon pricing revenues, and feedback on the Gazette I notice of the upcoming Clean Fuel Standard (CFS) regulations.

Based on diesel fuel consumption data, CTA estimates the trucking industry will pay $538 million in carbon pricing this year. By 2023 this figure will increase to $1.2 billion and by the end of the proposed carbon tax pricing schedule, increasing by $15 per tonne until 2030, will escalate to $3.0 billion, making our industry one of the largest payers into the carbon pricing system. The federal carbon price on diesel is set to increase $0.1073 per litre on April 1, 2021.

CTA strongly believes that carbon pricing revenues generated by our sector should be exclusively allocated to a Green Truck Fund to encourage both a faster and broader scope of investment in GHG reducing equipment in the trucking sector. The Alliance continues to await further direction from the Government of Canada on the development of a fund that would offer significant rebates (up to 50%) on GHG reducing technologies for tractors, trailers and various other options to further reduce emissions in trucking. CTA made this request in its 2021 Prebudget submission.

CTA is aware of initial discussions on the development of a national scrappage program which would provide incentives to replace older trucks with newer more efficient vehicles. CTA is opposed to any national scrappage program that would have no benefit to the long-haul trucking sector or would encourage operators that delete their emissions to take advantage of benefits to scrap older vehicles under such a program.

Other concerns highlighted by CTA include the issue of double taxation, which is negatively impacting trucking companies based in Quebec, which has been raised by the Quebec Trucking Association, and the competitive issue of US fleets being able to operate in Canada without being subject to the federal carbon tax in Canada.

CTA has continued to reiterate that the option of long-haul trucking fleets switching from diesel engines to more GHG-friendly modes of propulsion is problematic. The long-haul trucking industry does not currently have an alternative to diesel fuel, which only further reinforces that diesel will continue to be the fuel of necessity – not by choice – for our industry for the foreseeable future.

These concerns were further echoed in CTA’s feedback on Canada Gazette I notice of the CFS regulations, which the federal government has touted as a complementary measure to carbon pricing. The standard will see the producers/importers of liquid fossil fuels mandated to reduce the carbon intensity of these fuels (including diesel) significantly over the next several years beginning in December 2022.

In its comments to Environment and Climate Change Canada (ECCC), CTA once again highlighted the lack of options for the long-haul trucking industry to reduce its reliance on diesel fuel, and that any potential changes being implemented to reduce the carbon intensity of diesel fuel – including the addition of additives or biofuel mandates – has to be examined very carefully, ensured to work operationally, and be subject to a thorough consultation process with the trucking industry before policy decisions are made.

Increases in biodiesel content continue to be an ongoing concern. If mandated, such a policy would expose the trucking industry sector to significant mechanical issues, leading to enormous maintenance and operating cost increases. CTA will continue to reiterate that a biodiesel mandate – even at a 5% level – does not guarantee a consistent blend at the pumps year-round, leading to higher blends in warmer months, and to significant operational issues for fleets and truck drivers operating this equipment.

The notice also questioned the trade exposure of the transportation sector, as compared to other industries impacted by this regulation, with CTA clarifying that the industry remains trade exposed, not unlike other sectors impacted by this regulation. This is due to the sector’s significant involvement with the cross-border trucking market, and competition from US competitors that are not subject to carbon pricing or fuel standards.

CTA will continue to update members as environmental issues and policies continue to be developed by the Government of Canada moving forward.