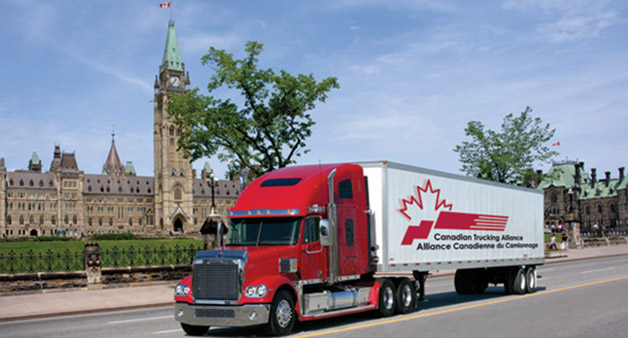 As a new federal government gets settled in Ottawa, the Canadian Trucking Alliance (CTA) has offered a plan to support growth in the economy while improving highway safety and reducing greenhouse gas emissions from the transportation sector.

Working off of the government’s own stated priorities, the CTA submission – which was sent to the Federal Ministers of Transport, Environment, Finance, Infrastructure and Public Safety – highlights key areas where Ottawa and the industry can work together to achieve common goals.

Specifically, CTA made recommendations that, if adopted, would contribute to:

“We believe that many of the policy directions we are recommending in our submission are consistent with the government’s platform of promoting economic growth and competitiveness and will help it achieve its stated election promises,” says CTA CEO David Bradley.

Specifically, CTA is calling for the government to rank trucking as a skilled profession under the National Occupational Classification (NOC). Bradley says that not only would this help attract drivers to the industry – which is facing a demographic tsunami and a prolonged shortage of up to 33,000 qualified drivers – but also create new, well-paying jobs for Canadians. At the same time, there is currently little funding available to help new entrants offset the costs of truck driver training.

The government’s intention is to work with provinces and post-secondary institutions to develop or expand Pre-Apprenticeship Training Programs and provide up to $10 million per year to help young Canadians gain the skills they need to enter high-demand trades. However, as long as trucking is deemed ‘unskilled,’ underemployed Canadians interested in the industry are unable to take advantage of these programs.

“This situation needs to be addressed for the industry to meet its labour needs,” says Bradley.

CTA applauds the government’s recognition that Canadian cities need stable funding to correct gridlock problems. While CTA supports the idea that transit funding is key to relieving congestion, the Alliance is also urging the federal government to work with provinces and municipalities in identifying strategic road-freight infrastructure investments so that our urban areas are able to accommodate efficient goods movement. Transit, CTA notes, also does not replace the need for a long-term, sustainable program of strategic infrastructure spending, particularly as it pertains to highways and bridges.

“Getting people out of their cars is a key part of the solution to relieving congestion, but there is consistently little attention being paid to goods movement strategies, nor does it address the fact we’re the only major industrialized country on the planet not to have a national highway policy,” says Bradley. “The recent problems at the Nipigon River Bridge in Ontario underscores the need for the federal government to provide dedicated support of roads and bridges.”

A new government in Ottawa also provides the opportunity to correct the longstanding  issue regarding the federal excise tax on diesel fuel – revenues of which, as CTA repeatedly points out, simply flow into general coffers and currently serves no policy purpose. While the former government never followed through on a commitment to cut the fuel tax by 50%, CTA is once again asking that rather than reduce the tax, it should at least be dedicated to road/infrastructure spending.

On the environmental front,  the Canadian trucking industry continues to be a world leader in terms of embracing innovative solutions to enhance fuel economy. As the federal government moves toward establishing national GHG reduction targets, CTA wants to ensure the significant contributions generated by the trucking industry through proposed mechanisms like carbon taxes or cap and trade systems, should be reinvested into the sector to accelerate market penetration of existing and proven GHG-reducing technologies, devices and alternative fuels. Concurrently, enhancing existing tax measures to generate more investments in the research, development and marketing of clean technology would also indicate to the industry the government is a willing partner in reducing carbon emissions from the road transport sector.

Canada’s reliance on trade, especially with the U.S., for its economic well-being goes without saying. It is important the federal government continue to pursue with the United States a modernization of the rules governing such things as the repositioning of foreign empty trailers. At the same time, Canada should audit the application of free trade agreements and protocols. For example, the imposition of the US Animal and Plant Health Inspection Fees on all trucks crossing from Canada into the U.S., regardless of whether agricultural goods are being transported or not, is inconsistent with the United States’ obligations under GATT and NAFTA.

There’s been much debate about the federal government’s plan to remove marijuana consumption and incidental possession from the Criminal Code while also introducing stronger laws to punish those who provide it to minors and – most importantly for the trucking industry – those who operate a motor vehicle while under its influence.

In developing the new laws governing marijuana use, CTA says it’s imperative the federal government take full account of any relevant issues regarding its trade interests and obligations – particularly with the United States, where Canadian truck drivers are subject to US drug and alcohol use testing – and provide clarity on the obligations and rights of employees and employers in safety sensitive positions.

Says Bradley: “By working with industry and the Canadian Trucking Alliance on many of the recommendations contained in this submission, we believe the federal government will be able to laying much of the groundwork towards realizing its commitments while ensuring a strong future for Canada.”