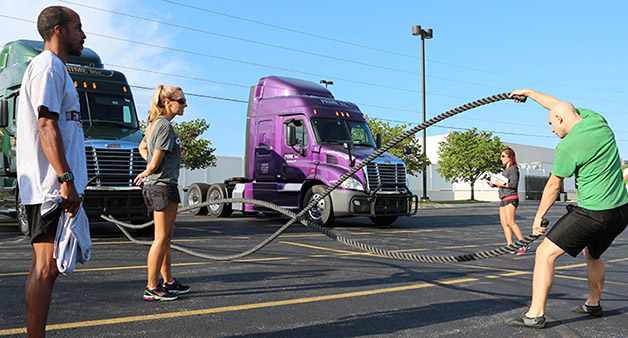 Carriers must do more in helping drivers get healthy if they hope to recruit and retain veteran drivers, says a fleet operator in the U.S.

The trucking industry has lost more than 150,000 drivers to elevated blood pressure and blood sugar levels since 2014, says Bob Perry, the president and founder of Rolling Strong.

As part of a Truckload Carriers Association webinar discussing the importance of truck driver health and wellness, Fleet Owner magazine reports Perry as saying the industry must rework the “old model” of driver recruitment and retention and “come at it from a different angle.”

“Now that we understand what the driver shortage looks like, we really have to. The old methods don’t apply.”

He stressed that driver wellness education should be an enhancement to the recruiting package and suggested that carriers should implement second-chance programs for drivers who fail at orientation because of medical issues.

“If they’re within reason, have a coach work with them on nutrition and exercise,” Perry suggests. “If you do those steps in the beginning you’ll see that you’ll save these men and women. Over time, you’ll see that disqualifications decrease because you’re working on it from the beginning.”

When it comes to following up with drivers after orientation to make health and wellness a long-term lifestyle change, Perry said he’s found that coaching and education work best.

“Drivers go from three-month employees to one-year, then one year to two years,” he said, adding investing in driver health has a great return on investment. “Now you’ve got a long-term employee.”

Perry offers his fellow carriers some tips on creating health and wellness roadmap within their fleets. Click here for the full article.