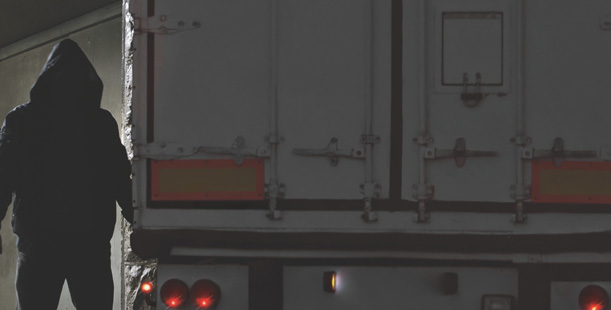 The Insurance Bureau of Canada (IBC) and the Canadian Trucking Alliance — along with law enforcement and provincial trucking associations in British Columbia, Alberta, Saskatchewan and Manitoba — announced that the “highly successful” cargo theft reporting program currently operating successfully in Eastern Canada is expanding to the four western provinces.

The expansion includes the launch of a new national database, which is available to all insurance companies and members of all provincial trucking associations across Canada.

With the database, strategic partners can immediately submit cargo loss details to IBC through an online form. The information is then added to a cargo notice report that is distributed to local and national law enforcement, including Canadian and American border agencies. The new database allows for the capture and storage of cargo theft data received from insurance and trucking industry sources and provides 24/7 access for law enforcement agencies.

According to the IBC, the benefits of the database include:

The Canadian Trucking Alliance, which along with IBC was the driving force of this effort, said that the “rapidly escalating crime of cargo theft is costing Canadians up to $5 billion a year and is a significant problem in transportation hubs in Western Canada, southern Ontario and Montreal.”

But the effects of cargo theft reach beyond its direct impact on the Canadian economy. Cargo that is stolen and sold in illegal markets shifts revenues from legitimate businesses to criminals and depletes tax revenues. There is also the potential for violence in perpetrating cargo crime, putting the well-being of truck drivers and other industry employees at risk, IBC reported.

“Cargo theft is a serious crime,” said Bill Adams, vice president, Western & Pacific, IBC, in the release. “It is costing the Canadian economy billions of dollars and can be dangerous. The cargo theft initiative brings together the many different parts of the transportation system to help curb this type of criminal activity, protect people in our communities and save Canadians money.”

Historically, cargo theft has often gone unreported and “it can be easily overlooked due to the many different parts of the transportation process,” the release noted. “That is why, in 2014, IBC teamed up with the Canadian Trucking Alliance to launch the Cargo Theft Initiative. This initiative aims to raise awareness of the dangers and costs associated with cargo theft, and to assist in the recovery of stolen goods.”

Last summer, the cargo theft reporting database – the heart of the program – facilitated communication between insurance companies and law enforcement, leading to a police raid. As a result, the owners of approximately $1.4 million in stolen goods were identified, the release said.

To date, this program has launched in Ontario and Atlantic Canada and has seen great success.

Thanks to the ongoing efforts of the CTA, the growing problem of cargo crime is getting some much deserved media attention lately. One recent example is a CTV W5 expose detailing both the direct and ancillary impacts of cargo crime to the trucking industry, consumers and the public.